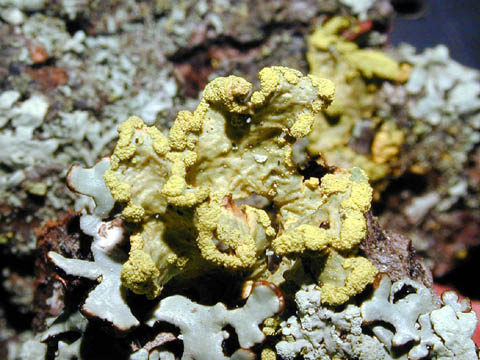 On bark of various trees, often on small branches and twigs, mainly near the ground in such a way that the thalli are likely to be covered by snow in winter, once lignicolous, on a fence post.

Although this species is rapidly decreasing in all parts of the study area, minuscule, young thalli have recently been observed several times in regions where the species did not exist before, or where the atmospheric pollution is important (Belgium: Mar. and Camp. and Luxembourg: Lorr.).